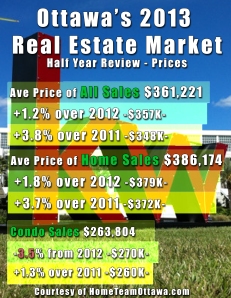 This is one reason home sales are leveling off, +10% increase in Average Prices in the last 3 years.  That level of price increases is not sustainable and is one of the main reasons the government recently added new measures to curb that rate of growth.

Again we see the wobble in the condo market, it’s my opinion that the new constructions are also attracting the higher priced sales, lowering the MLS sales average price.  Tune in tomorrow to find out what % of homes listed for sale actually sell, it’s a little surprising.