When is your house sold…really, really sold.
by Dave Williams
Have you every gotten a postcard in the mail “SOLD in 1 Day!” and wondered, how come the sign was on the lawn for 3 weeks before it changed to sold, that was a heck of a long day.
In the real estate business we have a few different levels of sold and if you are planning on selling your home, yourself or with an agent, it helps to know the process so you can understand how sold your home is. 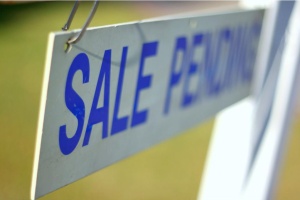 Mostly Sold is not quite Completely Sold…

Ready to Sell: You’ve priced it right, staged the home and listed if for sale, you’re ready to sell.

Might be Sold: Someone has come, walked though the home at the open house or a private showing and they’ve said they’re going to buy it!  This falls in the category of we’ll believe it when we see it (on paper).
I’ve been told it’s Sold: or what we call a verbal offer in the biz.  We’ve talked, discussed, argued about price and conditions and reached an agreement…but until we get it on paper it’s still just a bunch of talk.
Conditionally Sold: That’s almost as good as sold right? It’s just a few conditions, provisos, stipulations, you know quid pro quos’.  A house is a long term commitment, the buyers have to make sure of a few things before they commit to anything. (will the bank give them money for this house, does a home inspector think it’s in good condition, is the condo co, going to have a special assessment,does the city think any renovations are legal?)
Almost Sold: They’ve done their due diligence, they’ve said they’ll still buy it if you fix a few things and take the ghost with you…but it’s still not on paper.
Really SOLD: Finally, after a week or two of inspections and the like the buyers have sent you the final paperwork. It’s SOLD! That wasn’t so bad…but is it Really, Really SOLD?
Really, Really SOLD: 99.9% of homes that are Really Sold stay that way (in Canada at least), but occasionally some thing comes up between the Firm Date (Really Sold) and the Closing Date (Really, Really Sold) such as a lay off, hurricane, ect.  That changes things, but not very often.  Just be sure to keep your insurance premiums until you know it’s Really Really SOLD!.
Hope this helps you understand real estate a little better.
As always if you have any real estate questions ask them below, or contact us directly at 613-788-2113